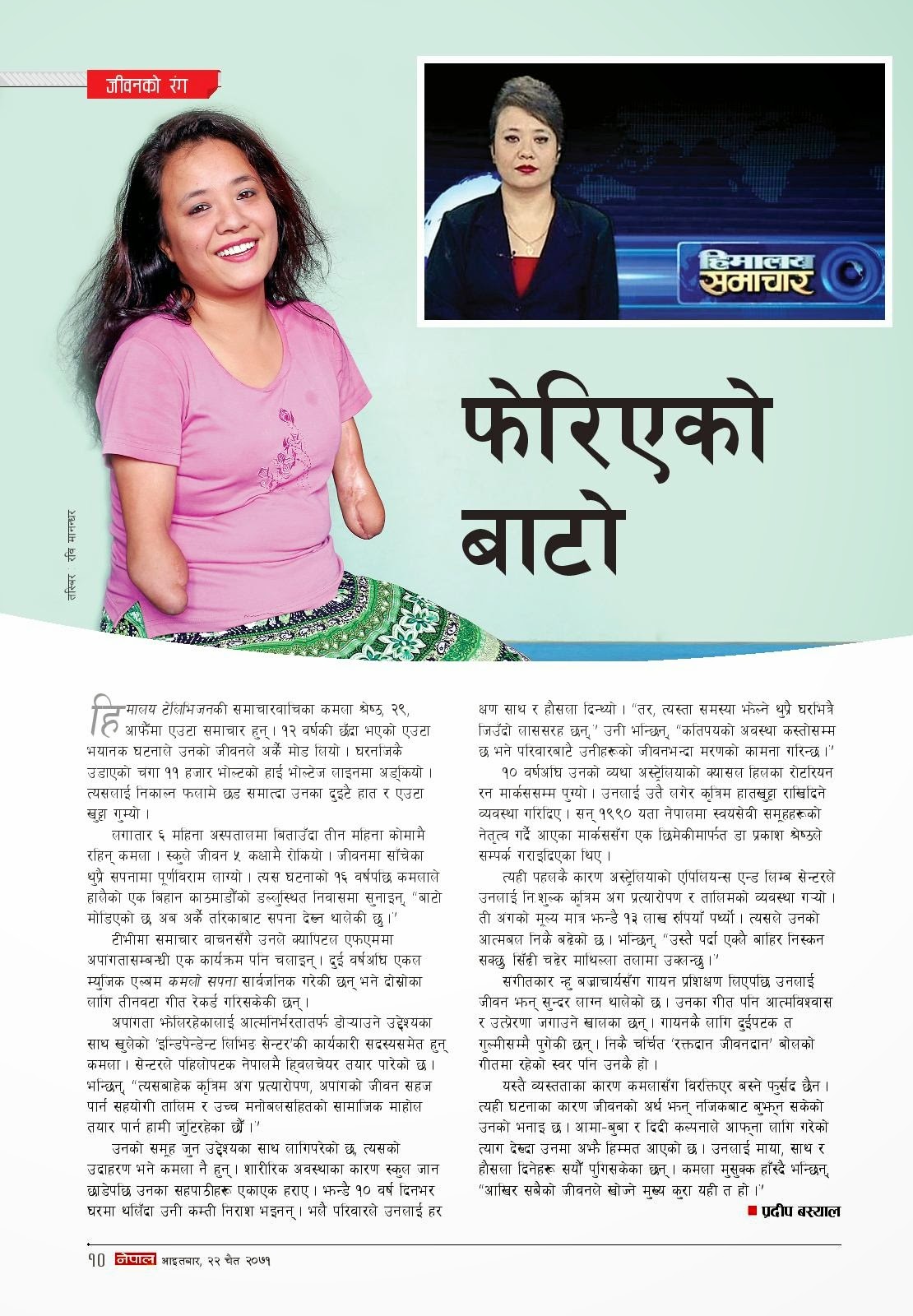 Twenty nine-year-old Kamala Shrestha (pic) may be a popular face on TV but only few will know of the Himalayan Television’s news reader being a triple amputee.
At 12, Shrestha was electrocuted while trying to retrieve an entangled kite from a high voltage power line. She lost both her arms and her right leg and spent three months in coma.
Unable to move around she stopped going to school. “There were days when I was depressed, but I was able to pull through with my family’s support. Not all are this lucky,” she says.
In 2001, ten years after her accident, Shrestha’s story reached Castle Hill Rotarian Ron Marcus, who had been leading medical volunteer teams to Nepal. Marcus contacted the Appliance and Limb Centre in Australia, which fitted Shrestha with prosthetic limbs and trained her for free.
After returning from Australia, Shrestha hosted a program on people with disabilities on Capital FM. Two years ago she released her debut album and is currently working on her second.
Shrestha is an executive member of Independent Living Center, an organisation working towards empowering people with disabilities to live an independent life. “We have built a wheelchair, which is a first in Nepal.
Apart from that we are working on transplanting artificial limbs, providing trainings and creating a better environment for people with disability to lead a normal life,” says Shrestha.
Her busy schedule leaves her no time to think about what’s missing in her life. “I have been able to understand life better because of the accident,” she says.
First Appeared in Nepal Magazine.

Re-appeared in Nepali Times with English Translations.
written by Admin at 10:25 PM