Unrest in the walled city 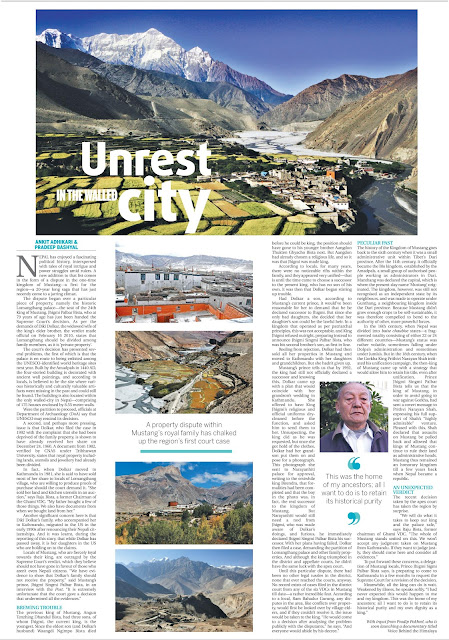 Nepal has enjoyed a fascinating political history, interspersed with tales of royal intrigue and power struggles amid rulers. A new addition to that list comes in the form of a dispute in the one-time kingdom of Mustang—a first for the region—a 20-year long saga that has just recently come to a jarring climax.
The dispute began over a particular piece of property, namely the historic Lomangthang palace—the seat of the 24th King of Mustang, Jhigmi Palbar Bista, who at 79 years of age has just been handed the Supreme Court’s decision. As per the demands of Diki Dolkar, the widowed wife of the king’s elder brother, the verdict made official on February 16 2010, states that Lomangthang should be divided among family members, as it is ‘private property’.
The court’s decision has presented several problems, the first of which is that the palace is en route to being enlisted among the UNESCO-identified world heritage sites next year. Built by the Amadpals in 1440 AD, the four-storied building is decorated with ancient wall paintings, and according to locals, is believed to be the site where various historically and culturally valuable artifacts went missing in the past and could still be found. The building is also located within the only walled-city in Nepal—comprising of 175 houses enclosed by 8.55 metre walls.