Peace and the Freedom of expression

By PRADEEP BASHYAL
As a blogger and a youth writer peace means “the freedom of expression” to me. I have seen Nepal transit through monarchy to a republican state. The transition was not easy. During the political unrest, I have seen the seizure of right to expression. It was a dark age which we have definitely left behind and a new era has emerged –the era where the right to expression is ensured and this means real peace to me. 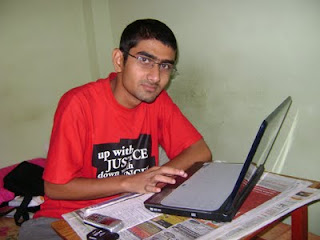 The period of Maoist insurgency was the hardest period for media persons. You could not either criticize the government or write the brutality of terrorists. It was a dark era. One could not go to villages to collect the news while publication houses in the cities were censored heavily. Media persons could not express their frustrations with the prevailing scenario. 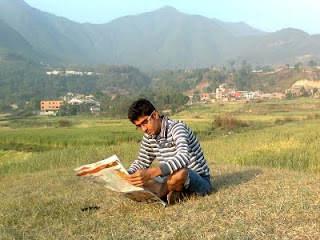 That was the matter of the past. Today, even in the world’s giant like China and other countries like Iran, Bhutan, among others where governments seem stable enforce totalitarian government resulting in the seizure of freedom of expression. You can’t talk about the dissident awarded Nobel Peace prize in China or Tibet or ethnic Uyghurs in Xinjiang region. Similarly, there exists an autocratic monarch in Bhutan. These totalitarian governments control the media there and there exist no peace in a true sense.
Recently, micro blogging sites and social networks brought the like minded protestors to the streets of Egypt that made Mubarak flee and the good point is this wave is gaining momentum. This is the power of media and the possibilities that freedom of expression pose.
Few months back the Government of Nepal tried to be a moral police by blocking few porn sites, all the blogs that contained blogspot subdomain and other sites that contained the word “sex”. Ridiculous it might sound; even The Huffington Post was banned along with other popular Nepali blogs. I penned a column about this immature step of the government which was later served as a catalyst for other bloggers to raise this issue. Even a meeting of prominent bloggers was held. As expected, the government had to withdraw its ridiculous and immature step. This is what happens when you get to express what you want and criticize the government for its misdeeds.
So, I see freedom of expression as a bearer of peace, synonymous to peace and an indicator of peace.