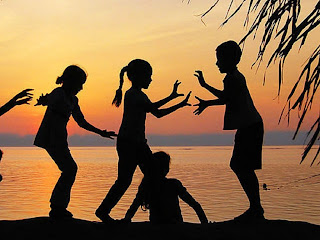 International child rights day-009 has already gone. We are moving on 21 years of historic UN declaration of “Convention on the rights of the child-1989”. Probably the biggest attempt globally made in the field of children to promote their child rights. The first legally binding international instrument to incorporate the full range of human rights—civil, cultural, economic, political and social rights. Children's rights are the perceived human rights of children with particular attention to the rights of special protection and care afforded to the young including their right to association with both biological parents, human identity as well as the basic needs for food, universal state-paid education, health care and criminal laws appropriate for the age and development of the child.


The future of any nation depends upon the sound development of Children. For construction of civilized, cultural and happy society, we have to educate and train our children properly because tomorrow they would take the nation towards prosperity. However the status of children in Nepal is not good. Millions of children here are in miserable condition. They have very poor access to education, health facilities and other participatory form of activities. Still 2.7 millions of children are on child labor. According to the last census held on 2058, the population of children (below 16) is 9.5 million which. But only 87.67% of children only grow up with their parental care. 2 millions of children still grow up without any parental care. Many countries employ children as soldiers, making the 300,000 estimated the world over. Nepal itself has not made great progress in rehabilitation of Maoust child soldiers.

The child right moment started for the first time after the end of first world war as the effect of war was much on children. There are several conventions and laws that address children's rights around the world. A number of current and historical documents affect those rights, including the 1923 Declaration of the Rights of the Child, drafted by Eglantyne Jebb and her sister Dorothy Buxton in London, England in 1919, endorsed by the League of Nations and adopted by the United Nations in 1946. It later served as the basis for the Convention on the Rights of the Child. Universal Declaration of Human Rights is seen as a basis for all international legal standards for children's rights today. Today dozens of international organizations are working around the world to promote children's rights. Till death 192 countries signed on convection on the rights of the child. The Convention on the Rights of the Child is the major convention countries sign up to. Somalia and USA are the only two countries in the world that have not ratified the convention. However, as UNICEF point out Somalia is currently unable to proceed to ratification as it has no recognized government. By signing the Convention, the United States has signalled its intention to ratify - but has yet to do so. Nepal became its member one year after its declaration in 14 September 1990. Then after several good attempts were made. Children Act-2048 BS was formulated in Nepal which was very first law in the field of children. District child welfare Board have been formed in all districts as a focal agency of children. With the joint efforts of NGOs and INGOs, Nepal government is doing much progress to reduce infant and child maternal mortality rate.

However some child marriage, dayijo systems are still prevalent mostly in tarai. With the poor performance of local administration these are greater obstacle in reaching our goal. The unstable government and political instability is another problem here.

Email ThisBlogThis!Share to TwitterShare to FacebookShare to Pinterest
Labels: Op-ed