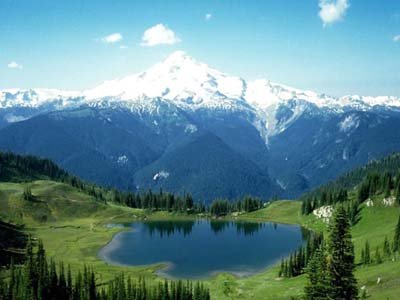 Right from very ancient period, people used to travel very short-distances for recreational and trade purposes. This led to the exchange of knowledge, skills and experiences, which helped in the development of human civilization. Later the same movement of people for enjoyment and refreshment turned into the form of tourism as one of the fastest growing industries. Tourism, as it is now, can loosely be defined as the short term movements of people to destination outside the places where they normally live and work, and their activities during the stay at each destination.

For its great contribution to the national economy, tourism has recently received strong favors from all governments and private entrepreneurs alike the world over. However, climate changes we have experienced of late have posed serious challenges to the unhindered growth of this economic potential. Due to increase in global warming, there is long term significant change in the average weather of the earth, resulting in the worldwide growing concerns about the state of biosphere. The countries like USA, Spain, France, Italy, China, UK, Germany, Australia, Austria and Turkey have hit the list of top hosts and their contribution to the greenhouse gases emissions is not low. These are some examples that illustrates the fact that human activities inflict harsh and often irreversible damage on the environment and critical resources. Realizing the potential of tourism in nation making process, some policymakers have shifted their priorities to the promotion of tourism rather than relying only on the traditional models of industry, such as factories. Some examples of the novel changes include such campaigns as "See America" in US; "Malaysia, Truly Asia" in Malaysia; "Incredible India" in India "Get Going Canada" in Canada, "Wow Philippines" in Philippines, "Uniquely Singapore" in Singapore, "100% Pure New Zealand" in Newzealand and "Naturally Nepal, Once is not Enough" in Nepal. These slogans in themselves demonstrate that tourism has already been established as an important industry in almost all the countries. That is why, the investment is too high. At the same time, gloomy predictions of extreme heat and destruction of some of the world's leading holiday destinations are enlisted as "endangered" due to the mass tourism and climate change, has asked of all to pay more attention to the health and longevity of nature. Coastal resorts, tropical rainforests, wildlife safaris, Arctic and Antarctic regions and alpine ski resorts are few victims of climate change. The natural features of some of the wonders of the world will be damaged by global warming, while others resorts will become seriously overcrowed. Our Capital city Kathmandu is at heavy risk where historical and religious monuments are being destroyed due to over population and acid rain. Puerto de Mazarran of spain may become suitable habitat for malariya-bearing mosquitoes, Everglades of florida's marshes and lakes are at risk from increasing frequency of hurricans, Taj coral Reef of Maldives is at risk where a rise in sea level would cause errosion, and much could become submerged. Goa of India's beach erosion and coastal damage are predicted from increasingly powerful cyclones.

The mixture of natural beauty, good weather and safe conditions attract holidaymakers, which is in the decreasing trend due to the fall in quality of tourist spots. While it is incontestable to say that change will undoubtedly affect many destinations negatively, meanwhile good change always calls for our being more environment-friendly humans. Likewise tourism is not just a potential victim of climate change; it also contributes to its causes in many aspects. Through aviation, energy use and unhealthy behaviors of tourists are major contributors to the climate change, which is affected by the high emissions of CO2 and other greenhouse producing gases. Currently, aircrafts account for around 3% of all greenhouse gases emitted globally which is expected to increase by upto 7% by 2050. Besides, CH4, N2O, SF6 gases are also responsible for climate change. However CO2 is vital as it occupies 80% of total greenhouse gases. It is said that, the CO2 gas, once emitted, remains in the atmosphere for hundred years. So the strong and the responsible steps should be taken instantly to address this global issue. The hottest year of the millennium was 1998 and the 1990s, the warmest decade. Climate models suggest a future warming of 0.2-0.3 C per decades and sea levels are expected to rise at the rate of 4-10 c.m. per decade. An increase in extreme weather events such as floods and storms is also expected. Soil erosion, desertification, and deforestation are proceeding apace. While the impacts of climate change on tourism will vary, it is already clear that small island states such as Maldives in the Indian Ocean, an increasing popular tourist destination, will be particularly vulnerable to sea level rise. Many coastal regions of Bangladesh, Srilanka , Japan are expected to be encroached by the sea. Climate change is also expected to increase the risk of illness in several parts of the world, which may lead to the falling of tourism. More frequent periods of extreme heat will cause discomfort in many eastern Mediterranean resorts, where the number of days above 40 C is expected to increase. Even in Kathmandu, the maximum temperature was recorded in the August of this year. A decline in cloud cover in Australia will increase exposure to the sun's harmful rays and malaria is likely to reemerge in Spain, the most popular Mediterranean destination. Winter tourism may also be expected to decline due to less snowfall. The ice in Himalayan region is melting at high rate. The Chyo-Rolpa Lake has expanded a lot in last few years, which may affect nearby villages if not cared properly. The life cycles of many wild plants and animals are closely linked to the passing of seasons. In Australia, since the early 90s, tens of thousands of flying foxes have died as a direct result of extreme heat.

Due to the global environmental decline, some species of frogs, salamanders and penguins are declining. All things being equal, more people are likely to generate more inventions, more technological breakthroughs and more corporate profits. But the climatic issues must be addressed in all these aspects. Likewise the strong action must be taken by governments, individuals and tourism industry to reduce the threat of climate change. Governments worldwide should meet, and ideally go beyond, the commitments made through Kyoto protocol. The tourism industry itself must take action to reduce its contribution to global greenhouse gas emissions. For instance in destinations, changes to energy supply should be introduced, creating shift from fossil fuel to renewable sources of energy viz wind, biomass, solar,etc. The plans relating tourism should be eco-friendly. The fossil fuel should be wisely used as they are limited in amount. USA alone consumes 3,17,96,00,000 liters of petroleum products daily which is four times more than the highest population, China. Such mass consumptions should be highly cut off and the industrial nations should invest in developing hydroelectricity to countries like Nepal, Brazil and others. The individual countries should not only depend upon international laws as they are very loosely formed, hence they should formulate laws of their own.

Email ThisBlogThis!Share to TwitterShare to FacebookShare to Pinterest
Labels: Op-ed